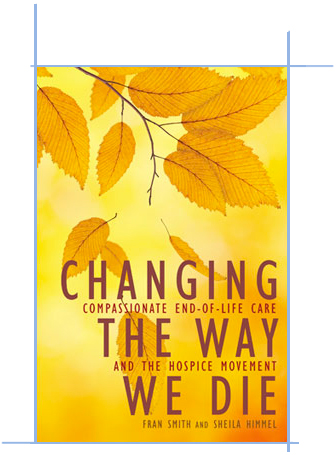 What Do You Want to Do with the Rest of Your Life?

ALL ALONG, doctors differed on Rusty Hammer’s prognosis. One told his wife, Pamela, “If he lasts five years, he’ll be lucky.” Another kept reassuring Rusty, “You never know. You’re doing fine. Just get more rest.” He did last five years, and Pamela will always wonder whether the treatment was worth the torment.

Rusty was diagnosed with acute myelogenous leukemia, a rare and aggressive blood cancer. By the time he died, on Monday, Jan. 28, 2008, he had taken more than 250 medications, received more than 350 blood transfusions, had a stem cell transplant, and spent nearly 600 nights in six different hospitals. He developed severe diabetes and osteoporosis, heart and lung failure. He needed an oxygen tank to breathe and a shunt in his brain to relieve the pain. Visiting the doctor took all day, with the wheelchair, the drive, managing a hospital bed on the other end. It left them both exhausted, and hopeless that their family’s suffering would ever end.

But hospice care brought them comfort and calm. In the last six months of his life, Rusty enjoyed the company of family and friends. He explored his religious heritage. He wrote a book, and in a strange way he also became the author of his own experience — a person again, not a medical record number or an object to be handed from one specialist to another for yet another blast of debilitating treatment. The hospice team listened to him. Pamela found herself becoming a better listener, too.

This was not how Rusty thought of hospice when a friend first suggested it. He did not imagine an opportunity to reclaim his life, let alone do something new or grow. He thought of hospice as a place you go to die, and he was appalled.